How we helped reposition, rebrand and relaunch an employee benefit programme. 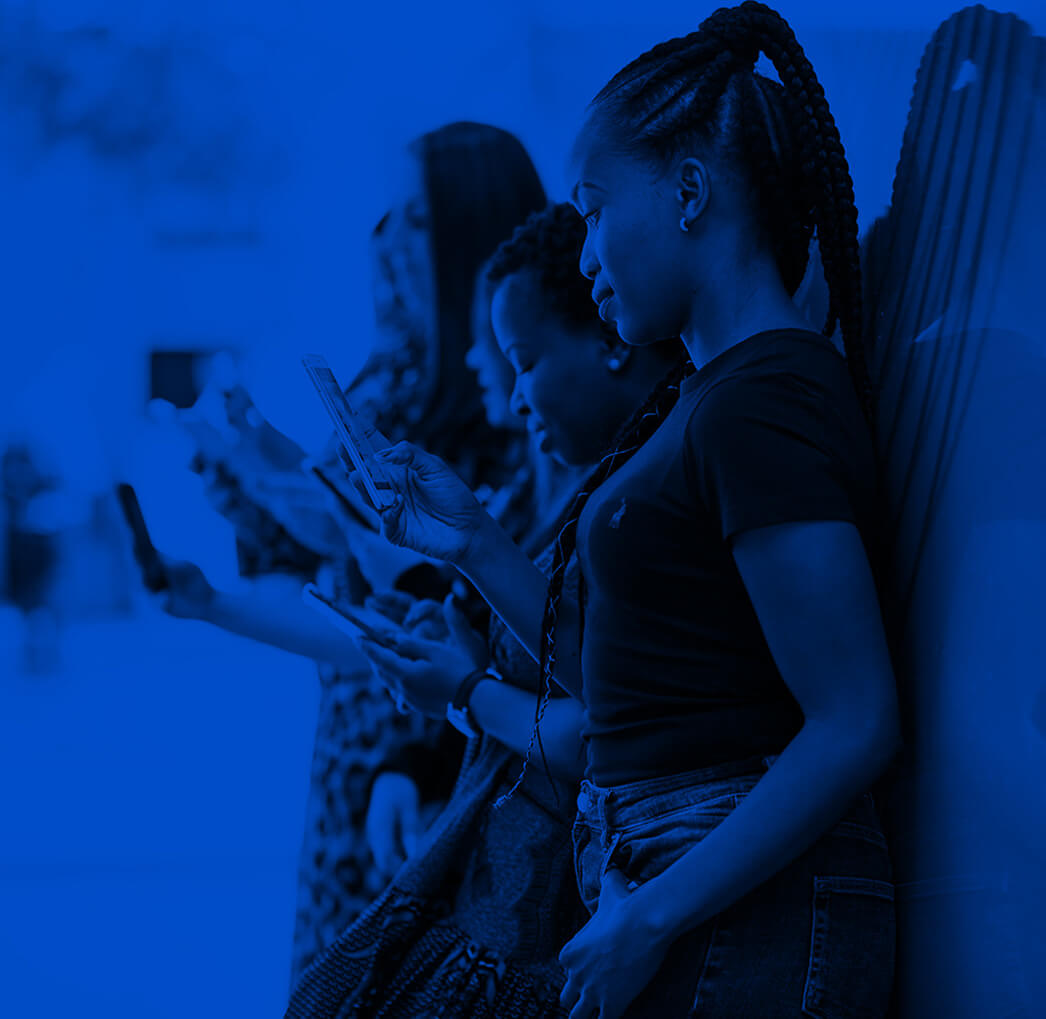 MultiChoice – Africa’s leading entertainment company – had been running its employee benefit programme, MLife, since 2011. Over the years, usage had begun to decline, mainly because employees were unaware of all MLife’s benefits, and the programme was not clearly differentiated from other benefits that were available to staff. The programme had to be repositioned and relaunched, so that employees would see the value and make use of the benefits available to them.

improvement in overall utilisation of benefits

The benefit programme was completely repositioned, rebranded and relaunched. The brand name was changed from MLife to Dooble, with the key message, “anything is ‘do-able’ with Dooble”. A new brand identity and well-defined value proposition was developed. An emoji-inspired icon was introduced to bring some playfulness to the brand and to link it to the programme’s digital platforms, from where benefits could be accessed and used.

Dooble’s digital portals were all rebranded to align to the new positioning, and a launch campaign was implemented to create awareness and excitement amongst employees, while educating them about the benefits that they can enjoy. 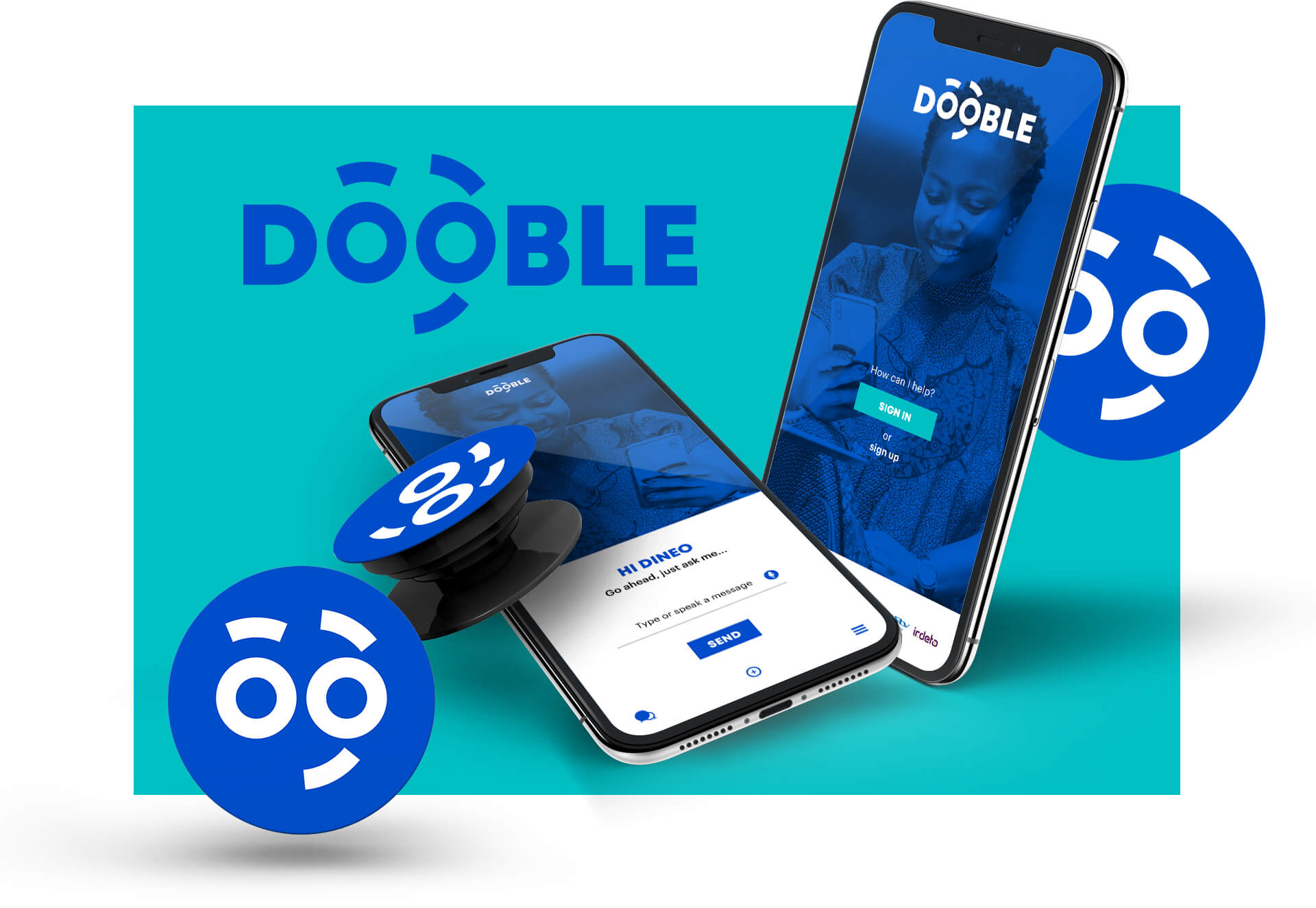 Dooble benefits are accessed via the programme’s digital platforms. Both the Dooble web portal and app were given a facelift and re-developed to be more user-friendly, while making it easier for members to understand how the programme would benefit them and their families. Benefits were renamed to make them more relevant and appealing and the user journey was simplified. 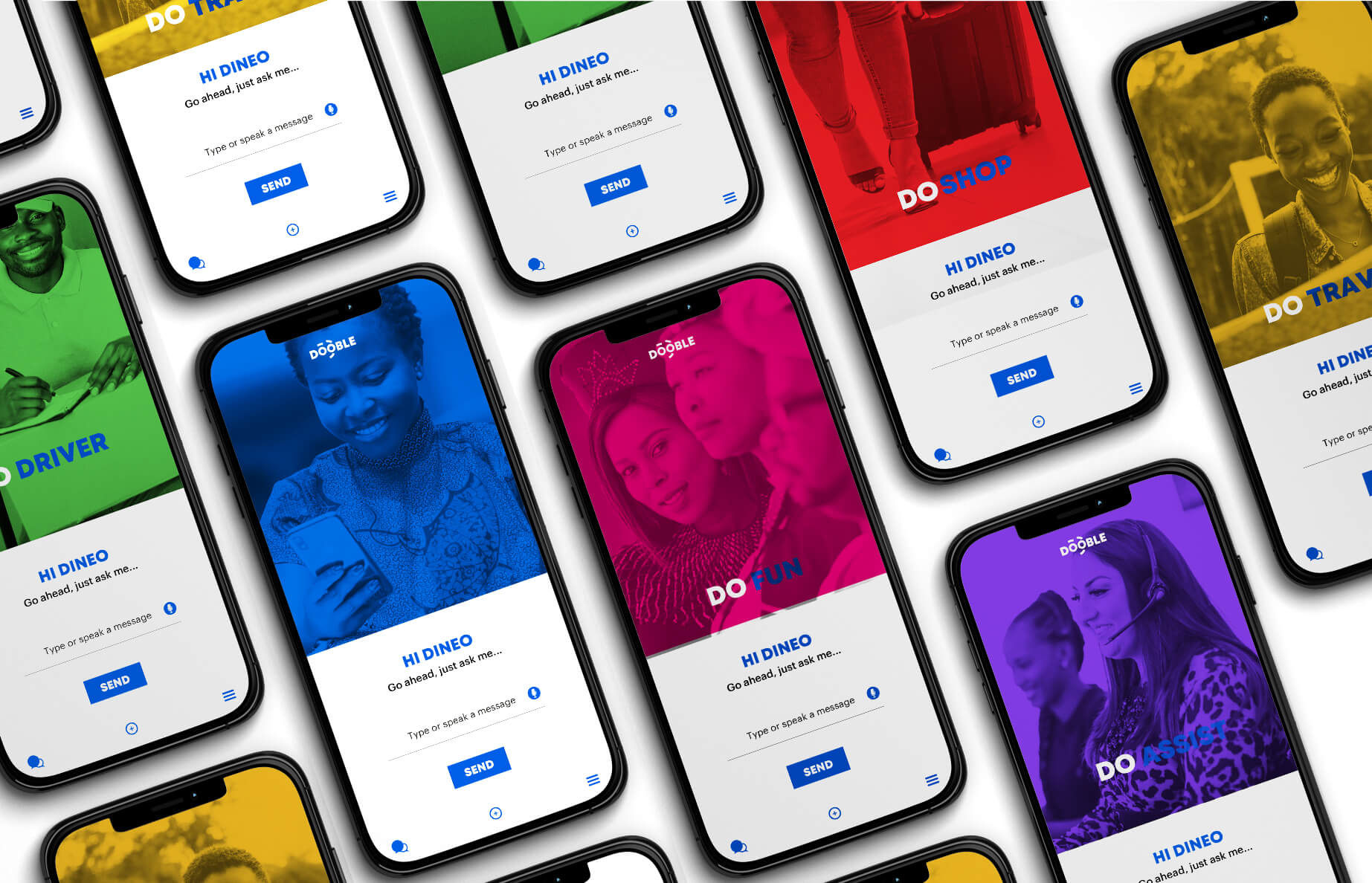 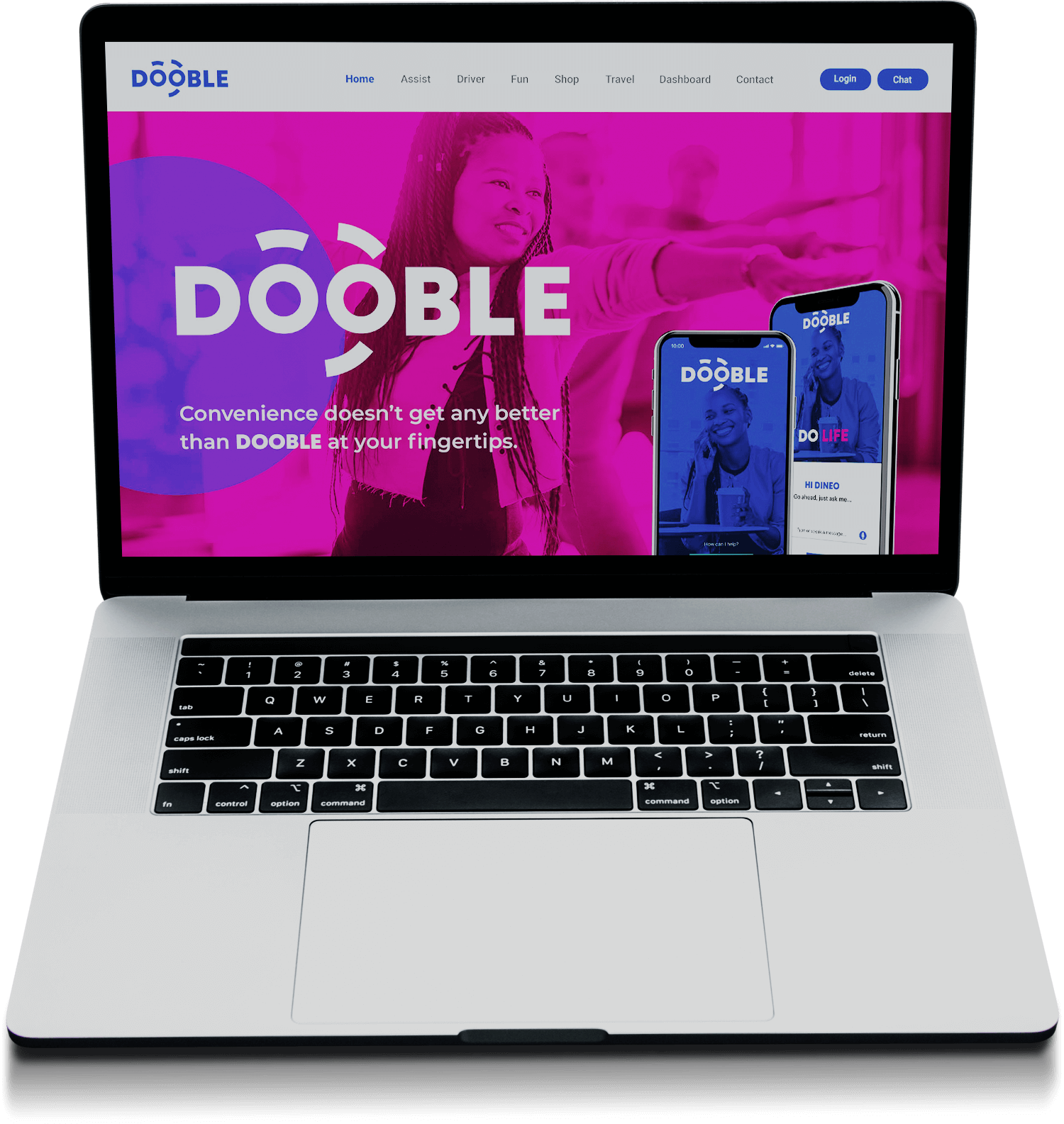 A teaser campaign, consisting of a series of emails, were sent to employees to create excitement about the launch. 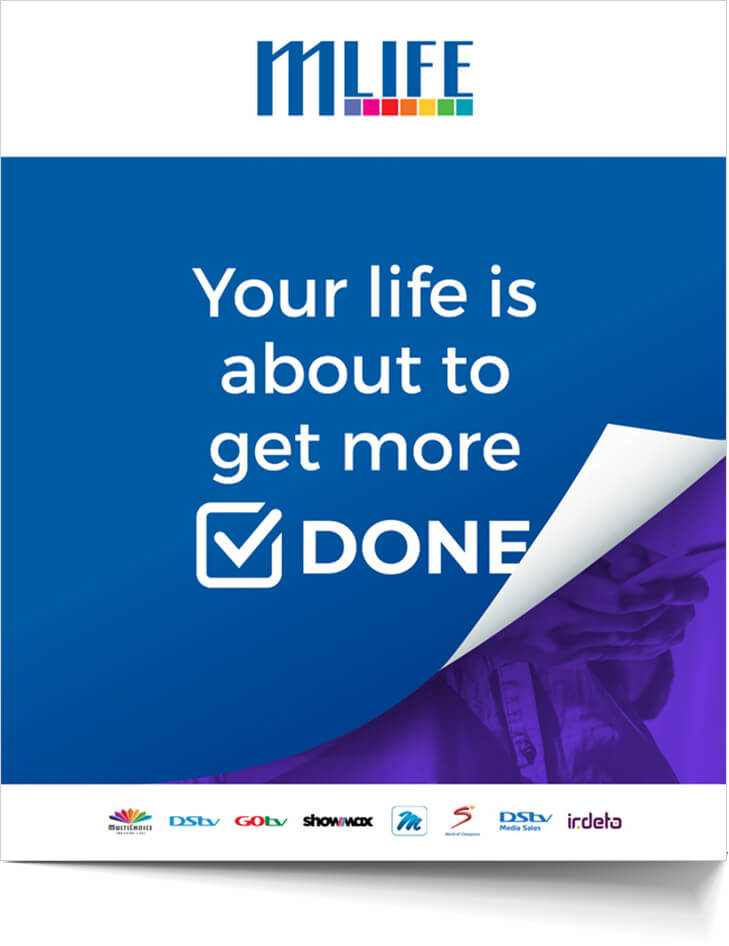 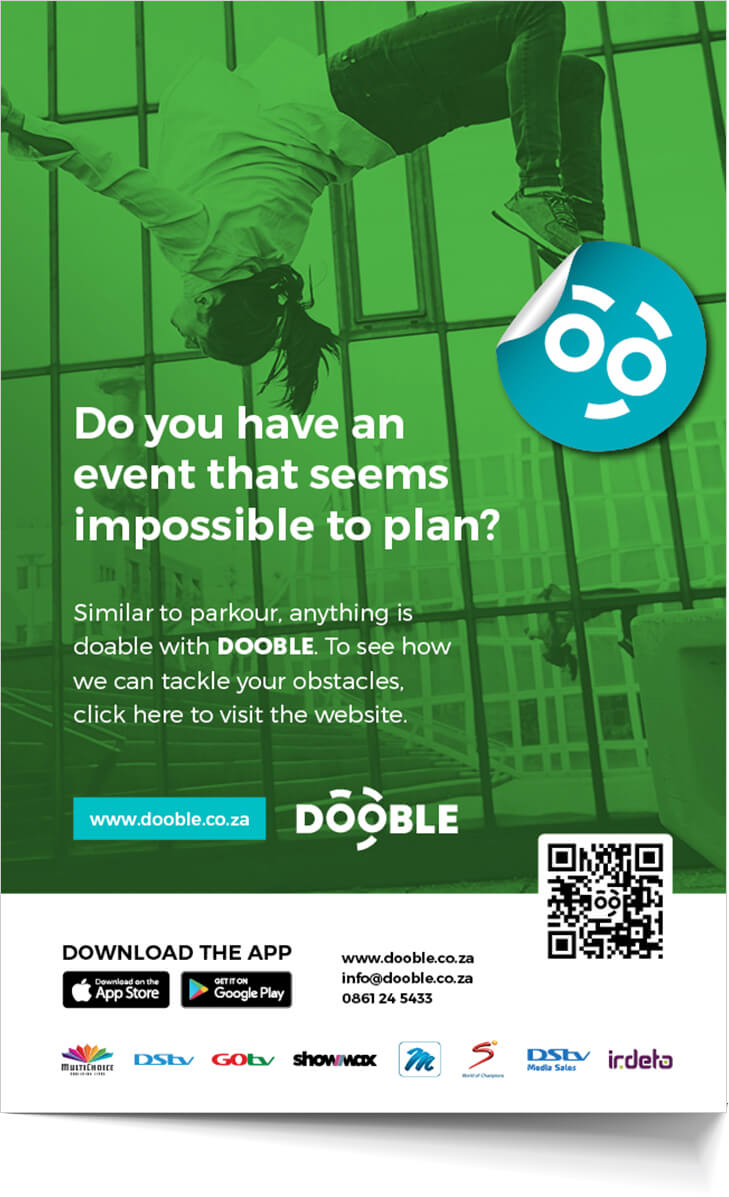 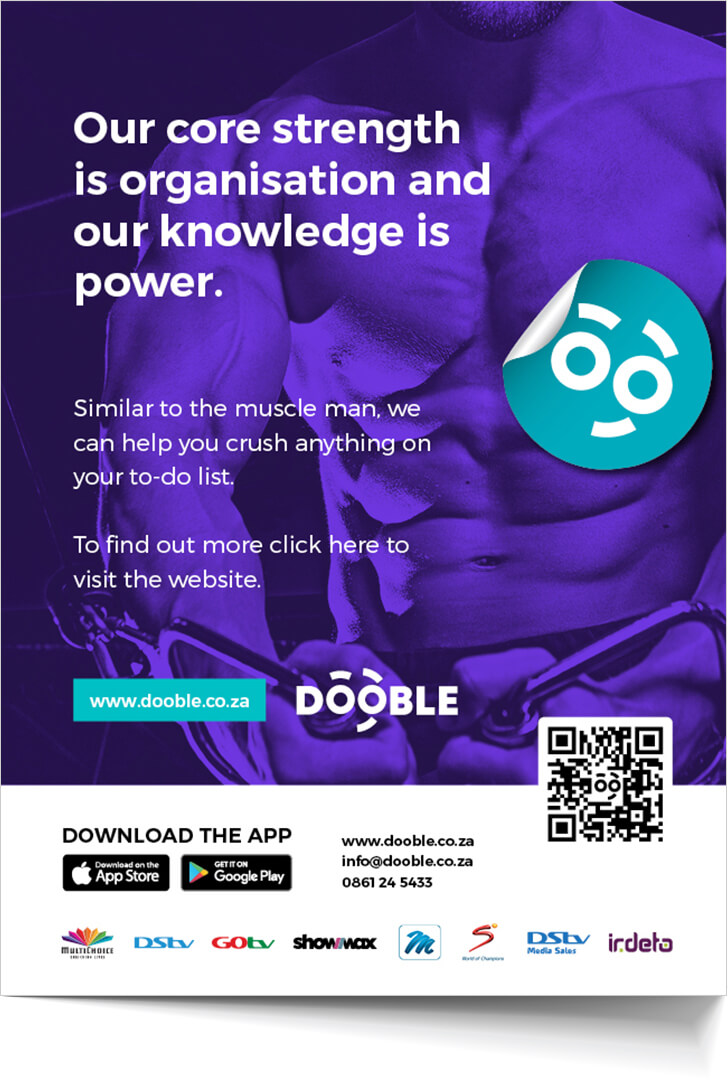 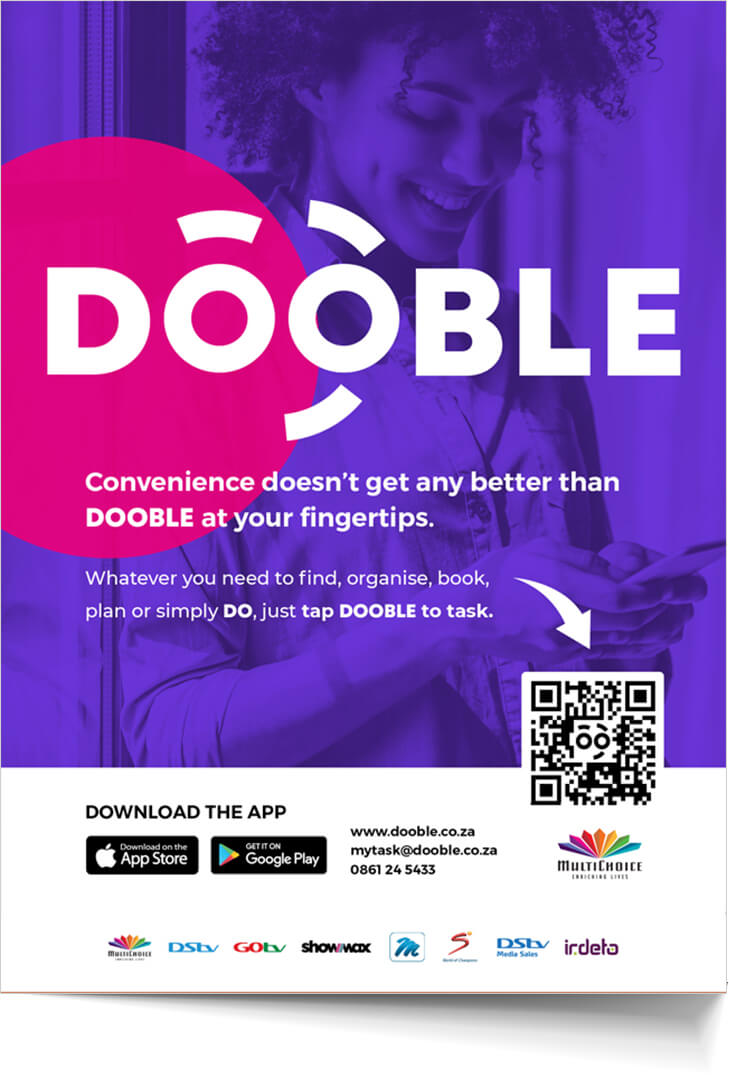 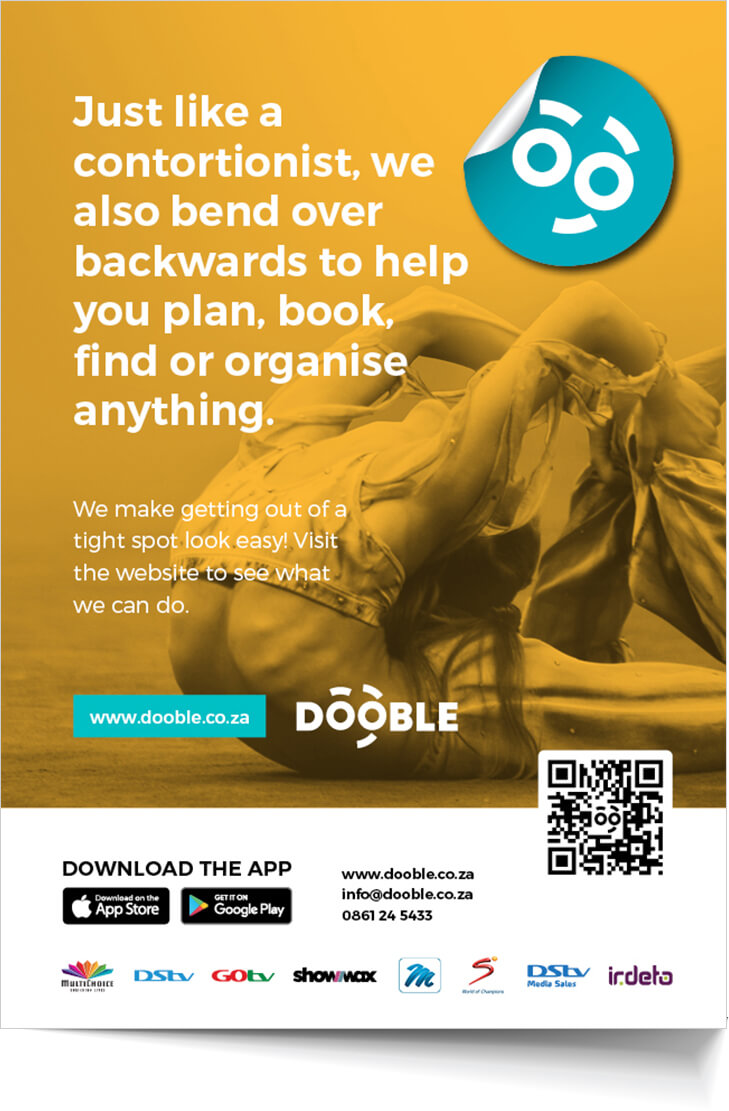 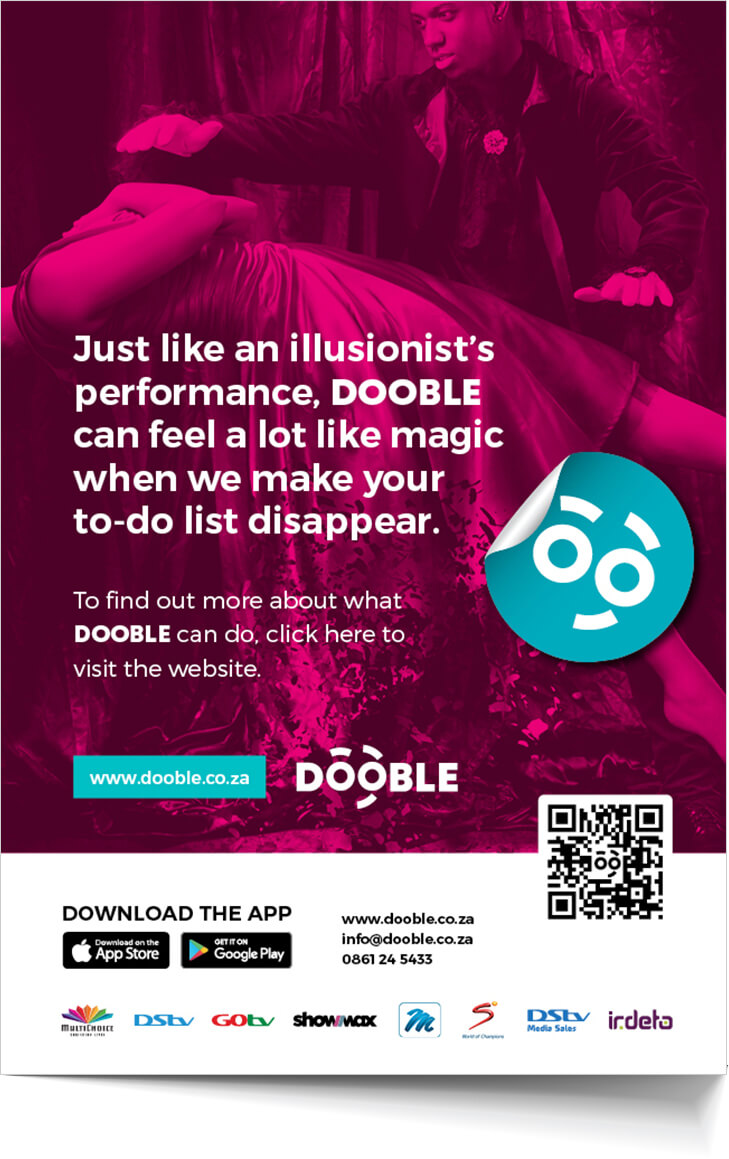 All concierge vehicles and scooters in the fleet were rebranded with the Dooble look and feel, making them easily recognisable and further driving brand awareness amongst employees. 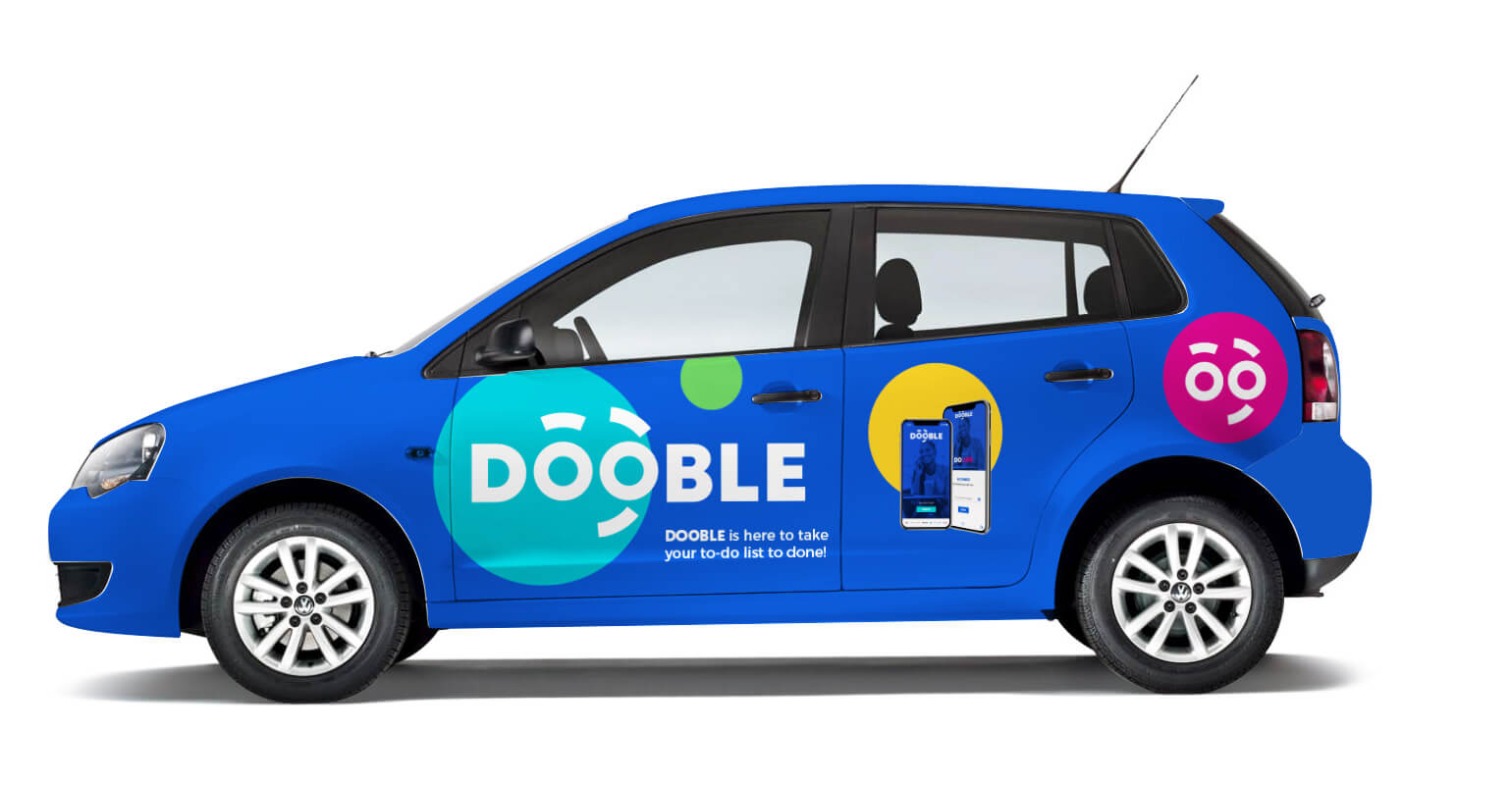 On the morning of the launch event, MultiChoice staff arrived at work to see that the foyer and reception areas had been overhauled with Dooble branding, which included banners, pillar wraps and posters, as well as branded concierge desks.

When they arrived at their desks, they received Dooble-branded desk packs consisting of cell phone accessories, employee card holders and branded lanyards. When they opened their emails, they received a logo reveal video and more emails as the day went on that revealed Dooble’s benefits and services.

To top it off, staff were entertained by performers, including a contortionist and illusionist who performed mind-blowing acts, to demonstrate how “the impossible is do-able with Dooble”. 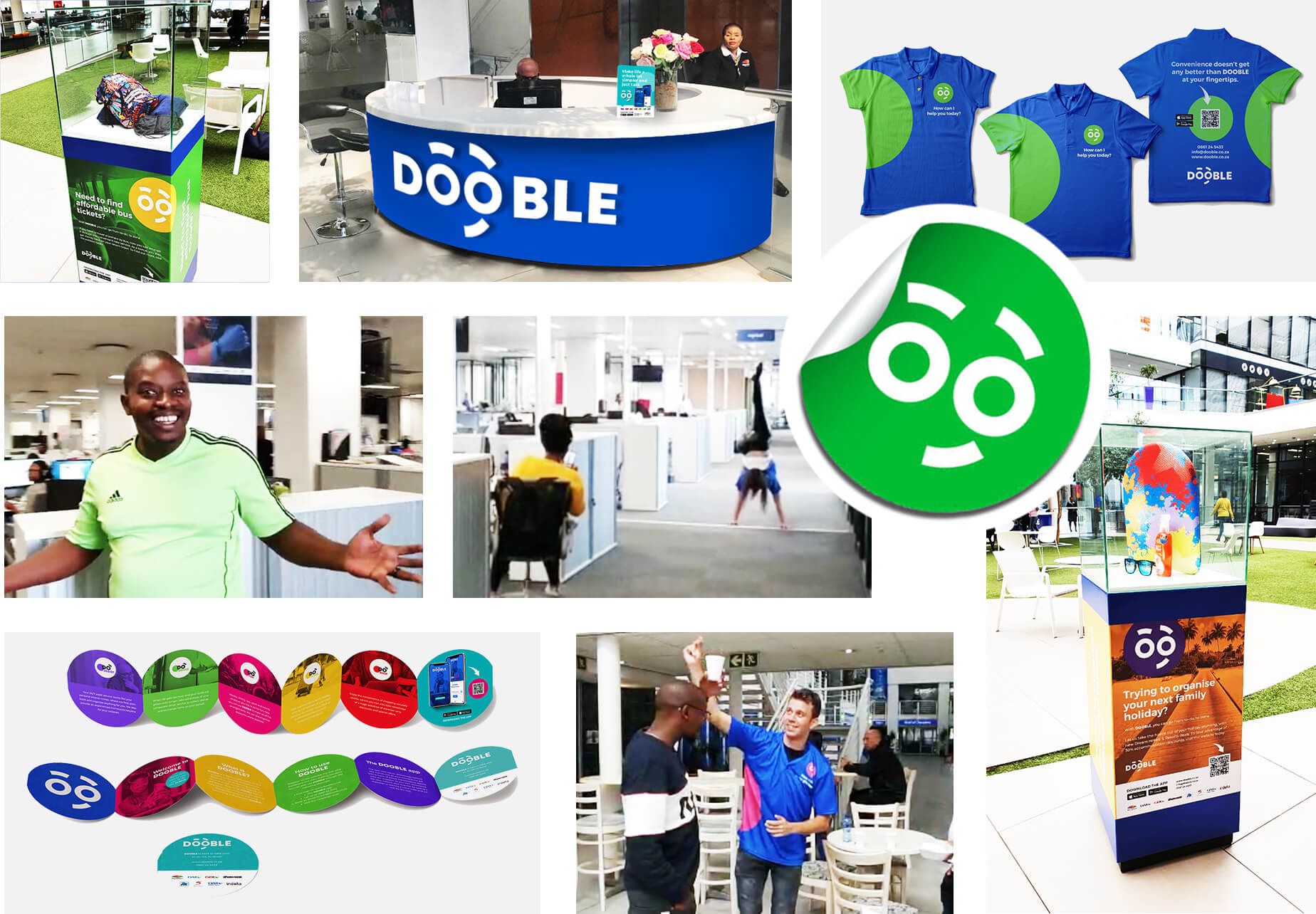 What our client had to say...

After over a decade of running a very successful MLife programme for our MultiChoice employees, we refreshed the programme with a complete rebrand – showing our employees that anything is doable with Dooble. Exciting new benefits were added and the relaunch sparked new interest in the programme. We continue to value our employees beyond the workplace and Dooble allows us to be relevant in every employee’s life.

TAKE A LOOK AT OTHER WORK WE LOVE

Use our free agency scorecard to help you choose the right partner.

Fill in your contact details and click send to download the easy-to-use form. It’s a simple and thorough checklist that will help you choose the best agency, based on your needs.

If you have a brand in need of real growth, we have plenty to talk about.

You can switch off cookie types by clicking or pressing on their name. Mandatory Cookies cannot be disabled. You can change these preferences anytime.

These cookies are necessary for the website to function and can't be switched off in our systems. They are usually only set in response to actions you made which result in a request for services, such as setting your privacy preferences, logging in or filling in forms. You can set your browser to block or alert you about these cookies but some parts of the site may not work as a result.

These cookies allow the provision of enhance functionality and personalization, such as videos and live chats. They may be set by us or by third party providers whose services we have added to our pages. If you donít allow these cookies, then some or all of these functionalities may not function properly.

These cookies are set through our site by our advertising partners. They may be used by those companies to build a profile of your interests and show you relevant ads on other sites. They work by uniquely identifying your browser and device. If you don't allow these cookies, you will not experience our targeted advertising across different websites as a result of these cookies.